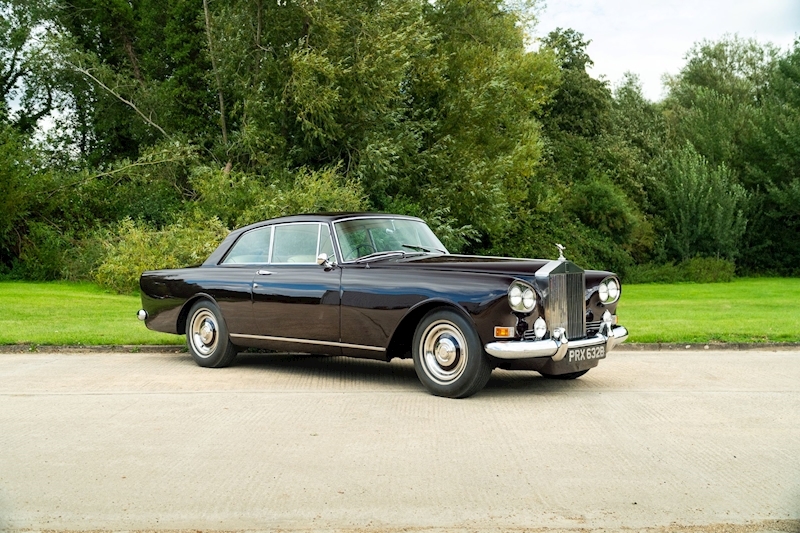 Enthusiasts have an industry-wide nickname for the Cloud III two-door saloon, and perhaps in consideration of remaining politically correct, it's best not committed to print, but the most noticeable external feature of this exceptionally stylish and rare motor car is its slanted quad headlamps. Coachbuilt by H.J. Mulliner, Park Ward Ltd. to design #2041 using a Crewe-supplied chassis, the two-door saloon combined the best traditions of a Rolls-Royce and the rakish lines of an exotic sports coupé.

The 6.2-litre V8 engine provided effortless power, the four-speed gearbox enhanced the driving experience and the interior was a luxurious mix of wood and leather, with individual seats upfront. The, cosmetically similar, Bentley S3 Continental was sold in greater numbers, at 312 cars, but there was still a demand from certain quarters when only a Rolls would do. Just 107 Cloud III two-door saloons (often described as a Fixed Head Coupé) were built with only 70 supplied in right-hand drive.
Here at Fiennes, we are delighted to offer this very rare 1964 example finished in a gleaming coat of deep Garnet with an Ivory leather interior piped in red, a red roll-top and light tan carpets. The boot is lined in Navy Blue carpet piped in red with a Royal Blue over-carpet. The interior is lovely, lightly patinated and it appears that the wood cappings have been re-veneered in recent years. The figured Walnut with Oak cross-banding dashboard also looks excellent and the odometer indicates 49,062 miles, corroborated by the comprehensive documented history which also contains the original build sheet.
The vehicle has undergone a sympathetic mechanical restoration by Ristes Motor Company which included an engine rebuild, front suspension, and brake overhaul.
These are significant cars in the history of Rolls-Royce marking a sea change from cars “built for bankers and captains of industry” to meet the new demand from owners who wanted to drive themselves. It was definitely more attractive to a new, younger clientele and opened up an entirely new market for Rolls-Royce.
The rare ‘Chinese Eye’ was seen as particularly ’cool’ in period, featuring in the cult film ‘Blow up’ with David Hemmings and examples were owned by Kenny Jones from the Who, composer Vangelis and more recently, Kate Moss. We feel that these rare coupés are still ‘cool’ nearly 60 years later, particularly in this stunning deep red hue, and would welcome you to Fiennes for a closer inspection of this special motor car.