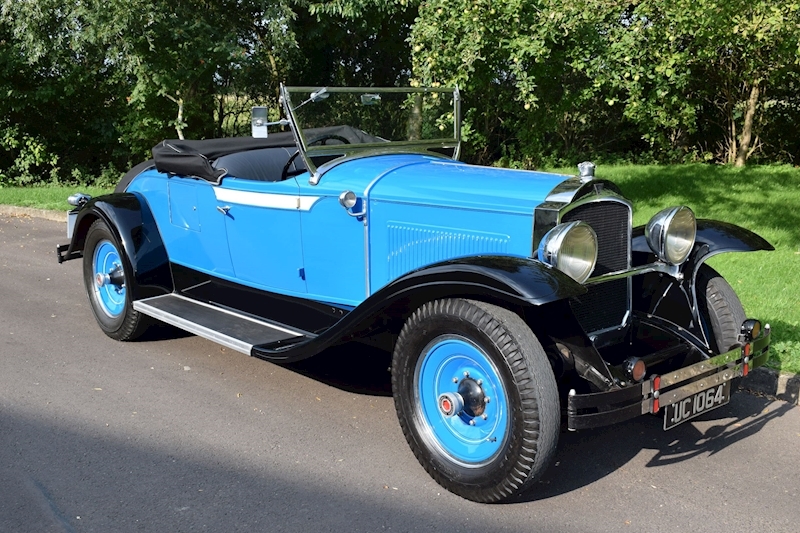 Packard 6 5-33 Golfers Coupe Sports
The Packard Motor Car Company was one of the longest-lasting of the original American independents. Founded in 1899 in Ohio by the Packard brothers and George Weiss after the latter was frustrated when his suggestions on how to improve his own Winton automobiles went ignored by the company.

Packard would go on to make startling inroads amongst wealthy Americans by concentrating almost exclusively on high-end cars. Eventually, the forward-thinking manufacturer would find a broad audience in Europe and Asia as well for its exquisitely styled and powerful vehicles. By the time the Great Depression hit, Packard was able to take advantage of its cost-effective single assembly line system (with all cars based on the same basic platform) to ride out the economic chaos and, in fact, did rather well marketing its most opulent models to those one or two individuals who were benefiting from the financial crises.
With the arrival of the Packard Single Eight in 1924, the six-cylinder cars were repositioned as a mid-level luxury car competing with successful ‘white collar’ offerings like Buick’s Master Six, Cadillac’s Town Sedan and the Pierce-Arrow 80.
The six-cylinder engine had a 288.6 cubic-inch displacement, seven main bearings, a Packard updraft carburettor, mechanical valve lifters, and produced 82 horsepower at 3,200rpm. The engine was refined with better lubrication, an oil filter, and four-point mounting replacing the prior 'three' setup.

Body styles on the longer Model 533 came with designs by Brewster, Derham, Dietrich, and others. New production bodies for the 1928 Model 533 included the two-passenger Runabout and Phaeton, joining the seven-passenger Touring, Sedan, Club Sedan, Sedan Limousine, Coupé, Convertible Coupé and, rarest of all, the Golfer’s Coupé
We are delighted to have for sale a superb example of a genuine, UK-supplied, right-hand drive Packard 6 5-33 Golfers Coupé from 1928. The car’s title, ‘6 5-33’, whilst it looks complicated simply means that it’s a second-generation 6-cylinder from the 5th Series and is built on a 133 inch frame. The Golfer’s Coupé was effectively a two-seat Convertible with space for two in a rumble seat at the back. The difficulty in loading a couple of sets of Golf Clubs over the back of the two (fixed) front seats with the hood up was resolved by creating an area behind the front seats and in front of the rumble seat that can be accessed by an opening panel (in this case, one each side), sliding the clubs in and closing the door. (Golf bags were much slimmer in those days).
We understand that UC 1064 was in long term ownership for 40 years prior to an extensive restoration in 2012. It was purchased by its current owner after that, and we assume that the indicated mileage of 142 is since the restoration, full details of which we are happy to discuss with interested parties.
The standard of this little Packard’s presentation is simply breathtaking, comfortably Concours quality. It’s finished in a striking Azure Blue over Black with neat coach lines echoed in the matching wheel covers. The chromework is excellent and there are a number of classic Packard ‘Deco’ design features and little touches. The interior, and rumble seat, appear unmarked in Dove Grey leather over Charcoal carpets and the dashboard is painted with basic instruments. It’s a manual gearbox with a ‘centre’ accelerator pedal. The ‘double duck’ hood was new at the restoration. The engine bay is to the same standard as the rest of the car and having covered just over 100 miles since a total rebuild, mechanically the car is spot on.
In the 1920s, the six-cylinder Packard brought the marque to new popularity and sales heights—without damaging Packard's high-end branding. A success in their own right, the six-cylinder models of the '20s displayed the mechanical reliability, timeless style, and solid build quality that Packard had become known for and the 1928 Golfer’s Coupé was the ultimate iteration of the six-cylinder cars.
This is a great opportunity to own an important piece of Packard’s history in perfect working order and beautiful condition.